Bruno Teillard is a specialist in surface water and groundwater resources development, assessment and protection.

He initially worked as a hydrogeologist in a Seveso site in France. After his military service, 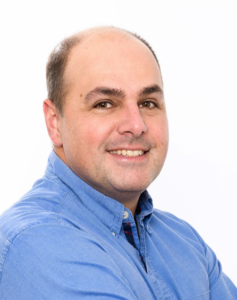 he worked as a hydrologist for the Public Sector in flood alleviation schemes.

He moved to Ireland in 2000 where he worked as a consultant hydrogeologist prior to setting up his first consultancy business in Galway in 2003. He successfully merged the latter with a larger consultancy, which eventually grew to over thirty people both in Ireland and South Africa. Bruno held the position of Director and Head of the Environment Department in Ireland until 2012, when he left to work as an independent hydrogeologist.

Since 2000, most of his work has been in Ireland for local authorities, large consultancy businesses, industries, architects, engineering firms and small private sector clients. During this time, Bruno also worked on a number of short-term projects abroad.

Bruno completed a Masters in Hydrogeology at the Dolomieu Institute (part of Grenoble University in France) in 1997. He is a Professional Geologist (PGeo) and European Geologist (EurGeol) certified by the Institute of Geologists of Ireland (IGI). He is also a member of the International Association of Hydrogeologists, the Irish Association of Economic Geology and a fellow of the Geological Society of Northern Ireland and an associate member of the Geological Society of London.

He is also on the Institute of Geologists of Ireland’s “Register for professional hydrogeologists in respect of environmental risk assessment for unregulated waste disposal” and among the few hydrogeologists selected by Irish Water to work on their projects nationwide.